The 191st Whitaker Bank Mercer County Fair and Horse Show closed out Saturday night with Speak No Evil, ridden and trained by Merrill Murray and owned by Danny and Kathy Cummins, winning the five gaited championship,  two being inducted into the Hall of Fame and a two night demolition derby.

The Whitaker Bank Mercer County Fair and Horse Show began its Hall of Fame inductions in 2003 to honor the saddle bred owners and trainers as well as the community volunteers who have given countless hours to make sure the Fair and Horse Show  continues to be so successful.

The first inductee was the late Charles “Coffee” Hurst and Glenn Hurst. Coffee Hurst began Hurst Electric in  1941 and by the 1970s he became a permanent fixture at the Mercer County Fair and Horse.

Along with his son Glenn, Hurst saw several changes at the fairgrounds. After the fire in 1980 they wired all the new construction and maintained the grounds through the years. Glenn Hurst served on the fair board from 2003-2010 and wired the motor sports track in the 2000s. The entire Hurst family has volunteered with the Mercer County Fair and Horse Show.

The second inductee, the late Jay Tucker, began his career working hackney and Shetland ponies at an early age and at the age of 16, he took his first job working for Dudley Abbott at Meadowbrook Farm in Fort Wayne, Indiana. Tucker moved to Kentucky in 1975 to manage and oversee the building of Bill Larson’s Krislar Farm in Parksville. After leaving there, he made the move to the Mercer County Fair Grounds where several memories were made, including his daughter Jamie sitting on her first horse at just 6-weeks-old.

“Without our volunteers and sponsors we really wouldn’t have a fair,” said Ellis. “ We had a few minor hiccups but over all everybody had a heck of a time.”

Ellis noted the week-long fair is a perfect example of a community working together. “We appreciate everyone working to help make the fair a success. The Harrodsburg Police Department and the Mercer County Sheriff’s Office, all come out to help. We have the support of sponsors like Whitaker Bank, Farmers National Bank and JVM and so many more. The Extension Office and the livestock groups help to make those shows run smoothly. Our board members work hard and we have volunteers who don’t even serve on the board that help make this fun for the whole community. We really appreciate all everyone does,” said Ellis.

The Whitaker Bank Mercer County Fair and Horse Show is the oldest fair in the nation. 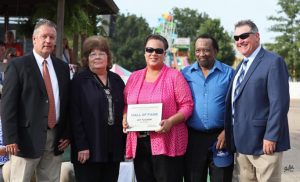 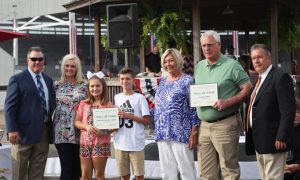 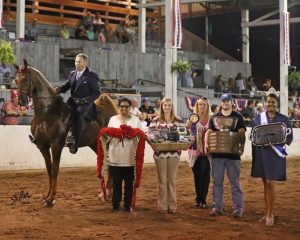