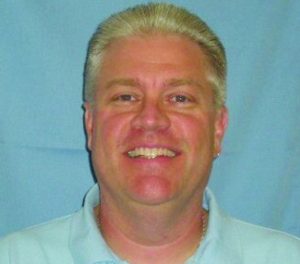 Changes are happening in the Mercer County Athletic Department.

Tim Berger was hired as the new assistant athletic director on Monday, July 30. According to a press release sent out by the athletic department, Berger will begin athletic department duties immediately under the supervision of Athletic Director Donald Wayne Smith.

“Tim Berger’s expertise and passion for athletics and positively impacting youth will be an asset to the athletic department,” said Smith in the press release.

Berger takes over the role previously held by Charlie Cox, who recently welcomed his first child with his wife. Cox will continue to serve the athletic department and the Mercer County Titans as a media and Title IX report coordinator.

Berger joins Sara Hamlin as the other assistant athletic director.

“As passionate I am about Mercer County and Titan Athletics, this is a great opportunity for me to remained involved and celebrate our awesome teams, athletes, and coaches while also meeting the needs of my family,” Cox said in the press release.

Berger has been around the area for a long time. He served the former Harrodsburg Independent district and Mercer County School district as Director of Technology since 1999.

Currently, he is the head coach of the King Middle School boys soccer team, and has been doing so for the past five seasons. He has coached different levels in youth soccer and baseball over the last two decades.

He is grateful for the opportunity and is ready to get started.

“I’m excited to not only encourage our athletes and offer them positive support, but also provide support, wisdom and encouragement to our coaches as well,” said Berger. “I’m excited to jump right in and get to work, helping with our upcoming Little Caeser’s Ft. Harrod Bowl, which will feature four great football teams and great football action for our local fans.”

Berger is excited to see what he can accomplish during his time as assistant athletic director.

“I think sports are  great way to teach kids about life,” he said. “With hard work, a positive attitude, and faith, you can accomplish anything.”