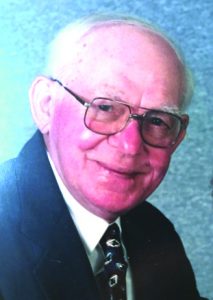 Born May 26, 1931, in Lancaster, he was the son of the late Jessie and Bernie Ray Sherrow.

He was a U. S. Army veteran of the Korean War, retired from Corning Incorporated, where he was a member of the American Flint Glass Workers Union and was an avid camper, UK sports fan, wood worker and enjoyed selling newspapers at The Harrodsburg Herald on Wednesday afternoons.