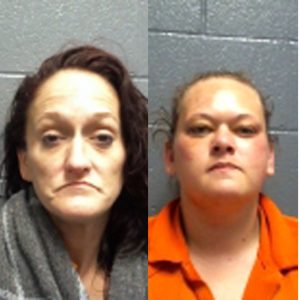 Shaunda Brown and Jade Revell are still being held at Boyle County Detention Center. The other three were released after posting bonds.

Five people face a variety of charges after a welfare check conducted by the Mercer County Sheriff’s Office last week.

Three other people found inside Johanson’s apartment were found to have outstanding warrants against them and taken into custody.

All five offenders were transported to Boyle County Detention Center, where jail staff found another 13 grams of methamphetamine concealed on Brown’s person. She was charged with another count of 1st-degree trafficking in methamphetamine and promoting contraband.

Johanson, Jennings and Robbins were released after posting bonds.

Capt. Scott Elder and Deputies Wes Gaddis and Bill Cruce made the arrests.