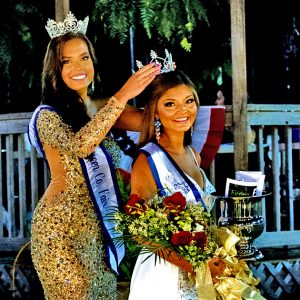 Even though the skies threatened rain on Monday, it turned out to be a beautiful night to crown three new queens at the 191st Mercer County Fair and Horse Show.

The pageant coordinators tried something new this year, and intermingled each portion of the three pageants to keep the crowd entertained and the pageants running smoothly.

“It was such an awesome opportunity to be in the pageant. I was honestly shocked,” said Burke. “I am so proud to be able to represent my county in the Miss Kentucky County Fair pageant.

Burke is attending the University of Kentucky where she plans to major in marketing. 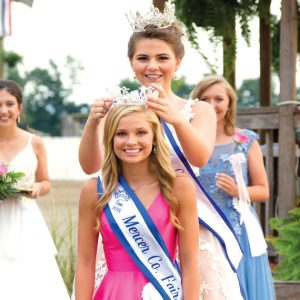 In its third year, the Mrs. Mercer County Fair pageant had 13 contestants with Tobie Brown crowned queen and most photogenic. Members of the queen’s court included Danielle Preston, first runner-up and Denise Driscoll, second runner-up and Miss Congeniality. The Mrs. Pageant is judged on poise and confidence on stage and when speaking during the active wear and formal dress portions.

The rest of the week included the Pre-Teen Mercer Fair, Little Miss and Mister and Tiny Miss and Mister pageants. (Editor’s Note: photographs and results from those pageants will be in the Aug. 2 edition).

Center ring saw its first horse class Wednesday night. The horse show will start nightly at 6:30 p.m. with the championship classes culminating Saturday night. Before Saturday’s first horse show class, Saddlebred trainer Jay Tucker will be inducted into the Mercer County Fair and Horse Show Hall of Fame along with past board members Glenn Hurst and the late Coffee Hurst. 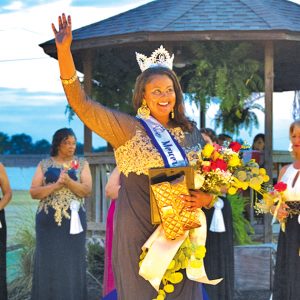 Glenn served on the board for several years, following Coffee’s example of volunteering there. The father and son team were instrumental in replacing the electrical wiring after the fires and the tornado destroyed parts of the grand stands along with keeping making sure everything ran smooth during nights of the fair.

The dairy show kicked off Saturday morning and the livestock pavilion (see page 10B for results) was busy with the goat show Wednesday night. The swine, rabbit and poultry shows will take place Saturday. The open beef show will be held Monday, July 31, at 6 p.m.

The motorsports arena sees its first action tonight, Thursday, at 7 p.m. with the KOI Dirt Drag and there will be a two-night demolition derby Friday and Saturday.