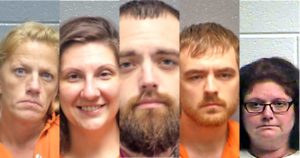 An investigation by the Mercer County Sheriff’s Office led to the indictments of Heather King, Heather Demaree, Christopher Maddox, Matthew Shannon and Angelia Eades. More indictments may be forthcoming, the sheriff’s office says.

A 2017 investigation conducted by the Mercer County Sheriff’s Office led to five indictments being handed down last week.

Heather King, 38, of 102 Bushtown Road, was charged with 1st-degree trafficking in methamphetamine, a class D felony. According to the indictment, King was caught with more than two grams of meth on July 19, 2017.

Heather Demaree, 33, of 211 Hycliff Street, was charged with 1st-degree trafficking in methamphetamine and 1st-degree possession of heroin, both class D felonies. The offense occurred on March 26, 2016.

Bail for both King and Demaree was set at $10,000 with drug related conditions, including reporting to pretrial services, submitting to random drug testing and not being involved in new arrests involving alcohol, illegal substances or pain medications with or without a prescription.

Christopher Maddox, 33, of 305 Pheasant Drive, and Angelia Eades, 51, of 380 Dix Dam Road, were both charged with 1st-degree trafficking in methamphetamine, a class D felony. The offense occurred on Aug. 7, 2017.

Matthew Shannon, 24, of 2840 Mackville Road, was charged with 1st-degree trafficking in methamphetamine, a class D felony. The offense occurred on July 5, 2017.

Bail for all three was set at $5,000 with drug related conditions. Capt. Scott Elder of the Mercer County Sheriff’s Office testified in all five cases.

Other indictments may be filed based on pending forensic evidence, the Sheriff’s Office says. 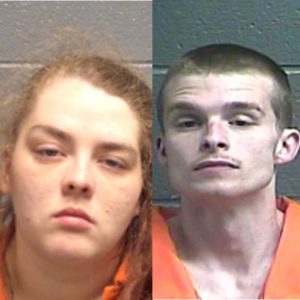 According to the indictment, Conover and Stinnett were stopped while driving with two minor children on June 1 and found to be in possession of fentanyl, heroin and a syringe.

Bail for both offenders was set at $20,000 with drug-related conditions. Dep. Matt Swabey (MCSO) testified. 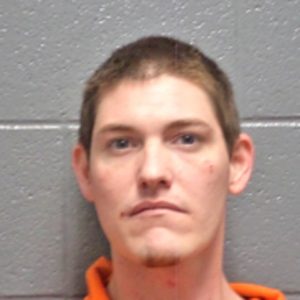 Nathan Hurst has been indicted for the sexual abuse of his daughter.

Nathan Hurst, 30, of 3305 Bohon Road, was charged with 1st-degree sodomy and incest, both class A felonies, for engaging in deviate sexual intercourse with a female child less than 12 years of age. According to the indictment, the victim was Hurst’s daughter, and the offenses occurred on Jan. 1.

Hurst is also charged with 1st-degree sexual abuse, a class C felony, for subjecting a minor child of less than 12 years of age to sexual contact on April 16.

Bail was set at $100,000 on the condition he have no contact with the victim. Capt. Scott Elder (Mercer County Sheriff’s Office) testified.