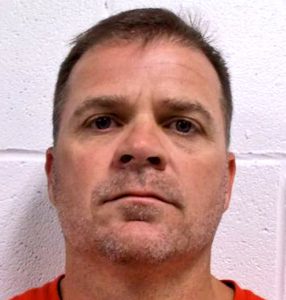 The escaped Northpoint Training Center inmate who led police on a high speed chase through two counties before being apprehended has been indicted for his escape attempt.

At approximately 1:30 a.m. on Sunday, April 29, Bolin overpowered a Northpoint guard and stole the guard’s vehicle. Not long after, Patrolman T.J. Godbey of the Harrodsburg Police Department spotted Bolin driving recklessly, but the escapee refused to stop, and a high speed pursuit down county roads began, with Godbey being joined by deputies from both the Mercer and Anderson County Sheriff’s Offices.

The chase ended in Anderson County. Bolin was driving north in the southbound lanes of U.S. 127. When he tried to cross the median, he lost control and crashed, causing heavy damage to the stolen vehicle, police say.

Bolin still resisted arrest and police deployed a Taser against him twice before resorting to their batons to bring him into custody.

Bolin’s escape attempt lasted only 45 minutes, police say, but he stands to pay a heavy price for his stolen freedom. He has been charged with endangering the lives of Patrolman Chris Booth (HPD) and Dep. Sean Brown and Dep. David Prather (Mercer County Sheriff’s Office). Bail was set at $12,000. 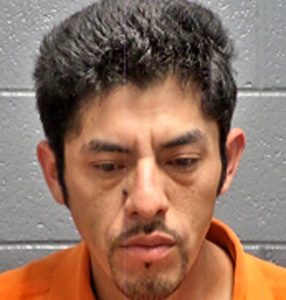 Dario Zilch, 33, of 1860 S. Danville Bypass, Danville, was charged with two counts of 1st-degree unlawful transaction with a minor under the age of 12, both class C felonies.

Bail was set at $20,000 on the condition Zilch have no contact with the victim.

FAILURE TO REGISTER AS A SEX OFFENDER

A fugitive sex offender who was captured in Burgin has reached a plea agreement.

Travis James Zarecki, 34, was living under a false identity at 121 W. Court Street, Apt. C, in Burgin, when he was arrested by county and federal law enforcement officials on Tuesday, April 24. Zarecki, an unregistered sex offender, was wanted in both Oklahoma and Michigan for failure to appear.

He has plead guilty to one count of failing to comply with the sex offender registration, a class D felony, and will serve two years with the Kentucky Department of Corrections. 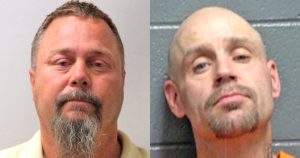 John Francis, 58, of Kirkwood Road, Salvisa, and Kenneth Brawner, 41, of 785 Stoner Street, were charged with 1st-degree trafficking in methamphetamine, a class B felony. Between April 12–13, Francis and Brawner—both persistent felony offenders who have previously been indicted in Mercer, Jefferson, Boyle, Marion, Fayette and Anderson Counties—possessed two or more grams of the controlled substance.

Bail for both men was set at $20,000 with drug-related conditions—report to pretrial services, random drug testing, no new arrests, no alcohol or illegal substances and no narcotic pain medications with or without a prescription. Capt. Scott Elder (MCSO) testified.

All together, the Mercer Grand Jury indicted 21 people last Wednesday on charges including wanton endangerment, fleeing the police and sexual abuse. To find out more, check out this week’s issue of the Harrodsburg Herald.