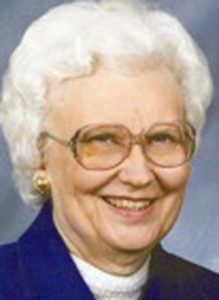 A native of Washington County, she was born on June 10, 1935 to the late Melvin L. and Margaret Brown Wayne.

She was a member of the Mackville Christian Church, a member of Gideons International Auxiliary and a retired thirty-four year employee of the former Kelly’s County Drug Store.