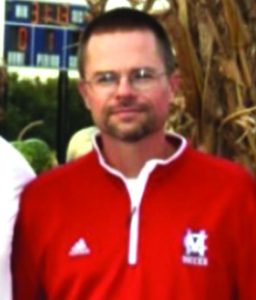 Doug McClain takes over a program that has won three straight 12th region titles. McClain said he is ready for the challenge to maintain the same level of success former coach Garrett Stark maintained the five seasons he was at the helm. (Photo Submitted)

Stark recently took a full-time position as technical director with the Central Kentucky Storm Soccer Club and said McClain was the right man for the job.

“I was really pushing for Doug to step in since he worked side by side with me for four years,” said Stark. “All the boys like him and respect him as a coach.”

McClain talked about the process and taking over for Stark.

“Coach Stark and I talked extensively before he made his decision. It was extremely difficult for him because Mercer County soccer holds a big place in his heart and he loves his players dearly. It is an honor for me to know he is confident with me leading the program he spent the last five years building. We continue and always will continue to communicate with one another. He still cares about what happens with the program. He has big goals and dreams of his own and we absolutely wish Coach Stark the best,” said McClain. “He asked me to consider it knowing my background and my love for the program as well. I had some players and parents encouraging me to apply also. After a lot of praying and discussing it with my wife, I decided to apply. There was a formal interview committee, which included the athletic department, principal Spencer Tatum and a couple of community members.”

McClain said several days after the interview with Mercer Athletic Director Donald Wayne Smith, the committee notified him that he was  offered the job, which he humbly accepted.

McClain is no stranger to the program having coached at all levels in Mercer County.

Before joining Josh Culver’s coaching staff for the Mercer girls soccer program, McClain was the assistant on the boys soccer team under Stark for four years.

Before joining the high school ranks in 2013, McClain was also the assistant for the King Middle School boys soccer team, head  coach of the 13 and under girls Storm Soccer Club, assistant for KMS boys soccer, Mercer Youth Soccer Association head coach for various age groups as well as a board member for MYSA and served as president from 2012-2014.

“This will be my 12th season on the sideline either serving as boys or girls middle school head or assistant coach, and high school boys and girls coach, so I know many of the players well,” said McClain. “I think that helps with my transition knowing the older players. Some of the younger ones, I haven’t had the opportunity to work with yet, but I also think it helps the players knowing they have a familiar face and style. You won’t see a lot of change in the way things have been done.”

Since 2003, McClain has also been the Clinical Director for Independent Diagnostic Services, providing MRI, CT and sleep services for Frankfort and surrounding counties.

He has been around the game his whole life. McClain is a 15-year resident of Mercer County, has been married to his wife Mary Alice for 22 years and has three children.

“I have a wonderful wife who has always been supportive of my coaching,” he said. “We both know it involves a lot of time and commitment. My role as a husband and a coach are to keep my priorities in check. Along with my wife and children, we had several discussions about me stepping into this role and they all have been very supportive.”

McClain graduated from Dunbar High School in 1992, and previously played at Lafayette High School his freshman and sophomore years.

“I grew up in Lexington and started playing at a young age. I was playing soccer way before soccer was in Mercer County. I started playing when I was 7 or 8-years-old for Lexington Youth Soccer,” he said. “I had the great privilege of playing under Todd Bretz at Dunbar. He is still the head coach there after 27 years and four state championships. I don’t know if my love for soccer is as strong as my love for having the opportunity to be around, serve and mentor our student-athletes here in Mercer County.”

It is no easy task taking over a program that has won three straight region titles, but McClain said he is up for the challenge and believes Mercer soccer will maintain that type of success. 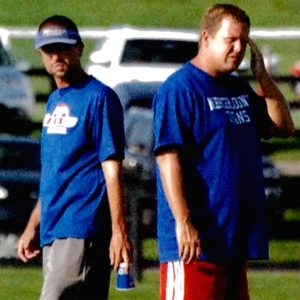 “We have been blessed with great young men in our soccer program. We’ve had countless Governor Scholar students, numerous valedictorians, several that are serving our country in various armed forces, a bunch playing at the college level, several that have finished playing division 1 soccer and most have gone on to be professional young adults,” said McClain. “I believe if we continue to coach the discipline, time management, communication, respect and love for one another, that success on the soccer field will continue.”

McClain said his team will maintain the disciplined style of soccer that has been implemented over the last five years, which is a possessive, patient and defensive-first style of play.

During the last two seasons, two of the top scorers in Mercer County soccer history, Brandon Ballard and Garrett Dean, have graduated and moved on to the next level. McClain knows it will be a tough task replacing players of that caliber.

“They are two of our many great players that have graduated recently. Brandon and Garrett both have such competitiveness to them. They both absolutely hate to lose and they both worked hard to become the players they are,” he said. “Garrett is still playing at Transylvania University along with Drew Angel, and Brandon will be playing at Midway University next season with Denson Jenkins. To replace the dedication those two had will be hard, but I think we have a few with that drive and determination. I hope that this year’s team will have that ‘workman’ type mentality that Brandon and Garrett had.”

McClain couldn’t be more grateful to be in this position and is excited to get things going. The Titans will begin offseason conditioning this week.

“It’s such an honor to get to serve and lead these young men and to take over the reigns of a really successful high school soccer program. I hope to honor our past coaches and players by continuing our tradition of a winning program,” said McClain. “I’d like to thank Donald Wayne Smith and the rest of the administration for having confidence in me to lead this team. I am excited and ready to get going.”