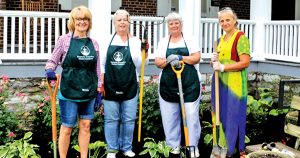 The Mercer County Fiscal Court has extended a contract with the Bluegrass Area Development District to revise street addresses.

Last year, the fiscal court agreed to pay Bluegrass ADD $21,000 from the 911 fund to revise street addresses, which are supposed to correspond—at least roughly—to a property’s location on a given street.

However, many addresses in Mercer County don’t. It’s been estimated that 70 addresses on Mackville Road don’t work. As a result, it takes first responders longer to answer calls.

Last year, Sheriff Ernie Kelty told the court his deputies often have to triangulate locations by pinpointing other addresses on the same street.

The fiscal court also renewed their yearly $7,500 contract with Bluegrass ADD for work that includes new addresses and working with the building inspector.