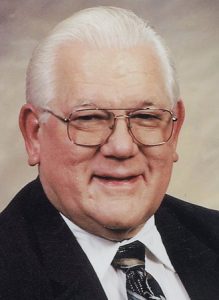 Born in Mercer County, he was the son of the late Loys and Martha McClellan.

He was a 1949 graduate of Harrodsburg High School, a graduate of the University of Kentucky, was a U.S. Navy veteran of the Korean War and was an aerospace engineer with Convair, General Dynamics and  Lockheed Martin.