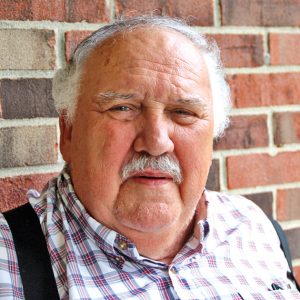 George Gibson served during some of the heaviest fighting in the Vietnam War. “I’d still fight for this country,” Gibson said.

Gibson graduated from Harrodsburg High School in 1966. He was working at the Old Fort Gulf Station with his father, who had served in World War II, when he got a letter from Uncle Sam.

“Son, you just got drafted,” Gibson remembered his father telling him.

Inducted into the army, he went through basic training at Fort Knox. When he graduated basic, his drill instructor told Gibson he’d be heading to Vietnam.

“They needed boys real bad over there,” Gibson said.

After a week’s leave spent at home, Gibson went to Fort Sill, Oklahoma, for artillery school. It was his first time outside Kentucky. He was trained to fire a variety of self-propelled weapons, including the 8-inch howitzer and the 175 mm.

After graduating artillery school, Gibson spent another leave back home and then shipped out to Vietnam from Travis Air Force Base in California. There was a two-hour layover in Tokyo, Japan.

“That was a long haul,” Gibson said.

After a couple of days of lectures on tropical diseases, Gibson was assigned to the 2nd Battalion 94th Artillery in Da Nang.

“They put me on 175s. I handled artillery, shells, power and I shot the gun,” he recalled. “I can tell you everything I had on that truck, because it would have only taken one bullet or rocket and then you wouldn’t have found any pieces of me.”

It was 1968, and Gibson had arrived just in time for the Tet Offensive, in which the Viet Cong and North Vietnamese People’s Army of Vietnam launched a series of surprise attacks against the forces of the South Vietnamese Army of the Republic of Vietnam, the United States Armed Forces, and their allies. It was one of the biggest offensives in the Vietnam War, and while North Vietnam lost the battle, casualties were high on both sides. Gibson, along with the rest of his unit, received three Bronze Stars for their service. Gibson also received a Presidential citation as a sharpshooter.

It was also when a lot of the boys from Mercer County died, including many of Gibson’s friends and classmates.

He hunkered down and served his time, refusing to take leaves.

“I wanted to get my time down and get out of there,” Gibson said.

After 11 months he was sent to Fort Hood in Texas, where he chauffeured officers around in a jeep.

When he came home, he resumed working with his dad at the filling station. He’d been told not to wear his uniform. He found the war was not the only thing people didn’t want to talk about.

Back in Vietnam, he’d been told the defoliant the military was using to get rid of enemy cover was harmless except to plants.

Back in the States, many veterans began to suspect the herbicide, Agent Orange, wasn’t quite as harmless as advertised. Gibson said he went to the Veteran’s Administration to be tested.

“They wouldn’t even look at me,” he said. “The boys in Vietnam were treated pretty bad when they came back.”

The big guns he handled back in the Vietnam War are now museum pieces. But it hasn’t been a bad life, even if it went by in the blink of an eye. In addition to his two children, Gibson has four grandchildren and a great-grandchild. He has retired twice, from Lexmark in Lexington back in 2002 and from the school district, where he worked as a bus driver, in 2016. He also serves in the Mercer County Fire Protection District, driving a tanker for the McAfee Station.

Gibson once refused to tell people he served in Vietnam. Now he belongs to Vietnam Veterans of America Chapter 1104 as well as the Veterans of Foreign Wars Post 6935. On Thursday, May 24, he and other veterans will put out American flags at Spring Hill Cemetery. On Memorial Day, they will be at Walmart handing out poppies.

Gibson said he’s proud of his service. If he got a letter from Uncle Sam today, “I’d still fight for this country,” Gibson said.

“They may not put me on the front lines, but I’d train the troops,” he said.

Gibson looks back on service with pride 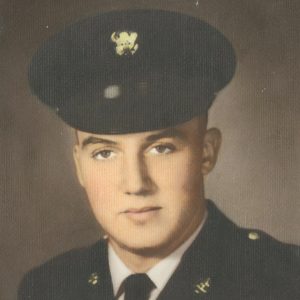