A fugitive sex offender living under an assumed name was arrested in Burgin Tuesday, April 24.

Travis James Zarecki, 34, was arrested at the Burgin residence where he was living under a fake identity by deputies from the Mercer County Sheriff’s Office as well as the officers from the U.S. Marshal’s Central Kentucky Fugitive Task Force.

Zarecki, an unregistered sex offender, was wanted in both Oklahoma and Michigan for failure to appear. He was arrested without incident, the Sheriff’s Office said.

Zarecki, who was convicted on three counts of rape in Washington County, Oklahoma, committed between 2003 and 2009, is being held without bond at Boyle County Detention Center.

The investigation is still open and more charges may be forthcoming, the Sheriff’s Office said.

Dep. Wes Gaddis of the Mercer County Sheriff’s Office was the arresting officer, with assistance from Capt. Scott Elder and Dep. Bill Cruce. 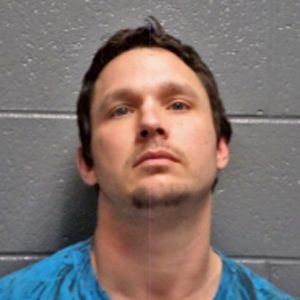