The Mercer County Tennis Titans and Lady Titans took on the West Jessamine Colts on Friday, April 20, at Asbury University, splitting their matchups.

The girls team defeated the Colts 4-1, losing only one singles match.

The boys team was able to win a doubles match, but lost the overall match 1-4.

In doubles, number one seeds Marcum and Becknell defeated Barren and Chase Bricken 8-8 (4) in a tiebreak. Moseley and freshman Ryan Allen were defeated by Brock Hall and Senters 3-8.

The boys team have played two matches, both make-up matches, to Southwestern and McCreary Central.

In doubles, Marcum and Becknell defeated Harris and Brainard 6-3, Moseley and Allen defeated Campbell and Daniel Walrod 6-3 and Lewis and Walden were defeated by Dalton Murray and Dalton.

In the following match, the Titans defeated McCreary Central 6-3.

In doubles, Marcum and Becknell defeated Kobe and Gunner Perry 8-5, Allen and Moseley lost to Ball and Gearing 4-8 and Lewis and Walden defeated Garrett and Michael Strunk 6-4.

The Titans and Lady Titans will be competing in the regional tournament from May 4-7. 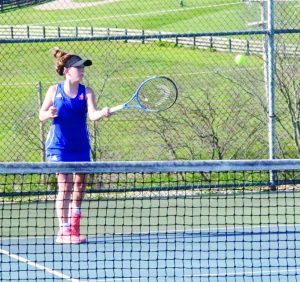 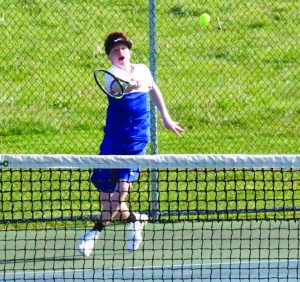