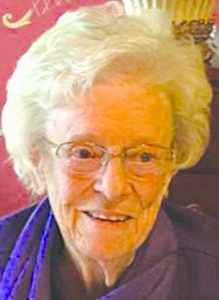 A native of Washington County, she was born on December 13, 1921 to the late Herbert and Minnie Harlow Tingle.

She was a member of the Springfield Baptist Church, a longtime employee of the Lincoln Homestead State Golf Course and a Kentucky Colonel.