He served in the U.S. Army during the Korean war. He was a teacher for Mercer County School System for 35 years and helped educate over 6,000 students in his career. He coached basketball, football and baseball for 15 years.

He was a member and former deacon at the Harrodsburg United Presbyterian Church. He loved his students, but animals, horses especially, ranked very high on his list.

He was preceded in death by his sister, Emma Margaret Rogers.

Funeral services will be held Friday, March 9, at 5:30 p.m. at the Harrodsburg United Presbyterian Church with Bert Eyester officiating. A private burial will be held in the Camp Nelson National Cemetery in Nicholasville.

Expressions of sympathy may be sent to the family at  www.ransdellfuneralchapel.com. 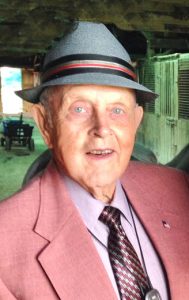