Rollin Morris Cole, 82, of Lawrenceburg, husband of the late Jeanette Champion Cole, his wife of 63 years, died Saturday, Feb. 24, 2018,  at his residence.

He was born to the late Jesse Ernest and Grace Morris Cole in Mercer County.

He was a member of Goshen Baptist Church. Prior to his retirement, he was a truck driver for Dean’s Meadow Gold and Flavor-Rich milk companies.  He enjoyed fishing with family and friends and helping out on family farms. He especially enjoyed spending time with his grandchildren and great-grandchildren.

In his declining health, he was cared for by Tammy Darnell and later his grandchildren, Jamie and Rachel Cole, who resided with him with the assistance of Hospice.

Burial was in the Sand Spring Cemetery in Anderson County.

Expressions of sympathy may be sent to the family at www.ritchieandpeach.com. 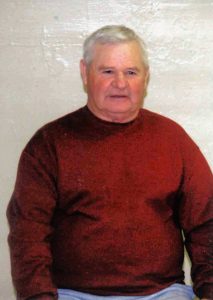