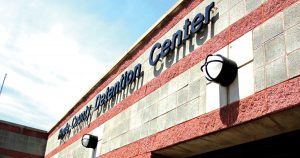 Representatives from Brandstetter Carroll Inc., of Lexington, are asking Mercer County residents for their input about the future needs at BCDC and substance abuse here in Mercer. A meeting in Boyle County will be held Monday.

Mercer County Judge-Executive Milward Dedman asks the public to make their voices heard at the meeting.

“I encourage people to get involved,” said Dedman, who called the jail one of the most important issues facing Mercer County. “I’d really like to get a good turnout.”

Population at BCDC is on the rise again after hitting a five-year low earlier this year. The population reached 259 in January but was back up to 317 on Monday morning according to the BCDC website. The regional jail was designed to house 220 inmates.

Several times last year, the population swelled to above 400 inmates, forcing jail officials to send prisoners to other counties.

Brandstetter Carroll Inc., were hired last year to study  overpopulation and increasing jail costs. At Tuesday’s meeting, consultants will give the public an overview of the $75,000 study they’re conducting.

But they also want to know what the public wants and needs. One issue the consultants have said Mercer and Boyle lack any kind of facility to deal with vulnerable populations—drug addicts, the mentally ill—except BCDC.

The related issues of jail overcrowding and skyrocketing expenses has become divisive. Last month, the Mercer County Fiscal Court hired a lawyer to examine the interlocal agreement that divides jail expenses between Boyle and Mercer to see if Mercer is paying more than their fair share.

At Tuesday’s meeting of the Mercer County Fiscal Court, Dedman said they were compiling a list of questions they want the attorney to answer before determining how Mercer will proceed with Boyle County.