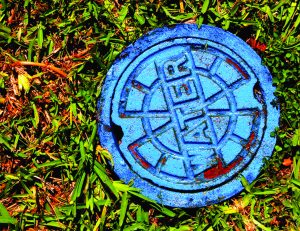 Commissioner Jack Coleman said a number of factors can contribute to the recent spike.

“We had a perfect storm of things going on,” Coleman said.

“People may have had a water line breakage and not realize it, or they may have left sinks dripping during freezing temperatures,” Kays-Huffman said.

While usage rates may be causing higher bills, another issue the city is facing is replacing old meters.

The current meters were installed in 2007 and typically have a lifespan of 10 years.

“We ordered a thousand meters this past year and we are in the process of getting them replaced,” Coleman said.

The current meters are read by a radio signal that can be read from the street. That signal can get interrupted from the elements, including the influx of wet weather the area has seen this year.

“Snow, ice, rain and other elements can effect a reading,” Coleman said.