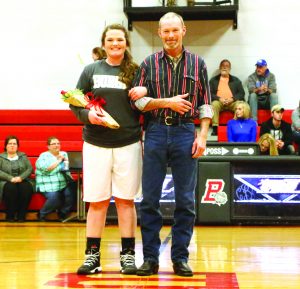 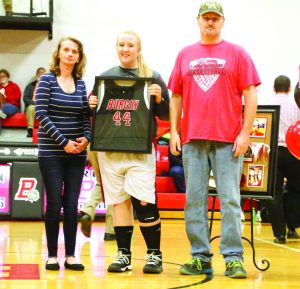 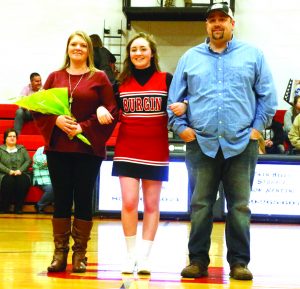 It was the final home game for senior Miranda Hungate and Summer Mullins.

Head Coach Chad Terrell talked about what Hungate and Mullins have meant for his program the last four years.

“I’m proud of them and I hate to see them go. They are two of the best girls you’ll find,” said Terrell. “They’re hard-nosed and the thing that’s going to carry over to the younger players is to play every game like it’s your last.”

Terrell said Hungate and Mullins would give anything to play one more home game in front of the Burgin fans, but they can’t, so he told his players to not take anything for granted going forward and to play as if there’s no tomorrow.

Unfortunately for the Lady Bulldogs, they weren’t able to come out with the win for their two seniors in their final home game of the season.

Burgin had a 10-4 lead after one quarter of play, but just like their last game against Portland Christian, they couldn’t handle the press. Riverside Christian pressed the rest of the game, forcing turnovers, which led to many easy baskets on the other end. Despite struggling against the press, Burgin had a three-point lead at halftime and a one-point lead after three quarters, but a 16-8 run for the Lady Rams sealed the victory.