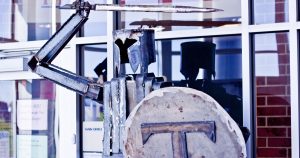 While teachers and other public employees are up in arms about the governor’s proposed pension reform, no date has been set for a special session.

No news is good news is how the old saying goes. That may be how half a million state and local employees feel  about Gov. Matt Bevin’s proposed solution to the commonwealth’s pension crisis.

The governor has said he wants to call a special session of the General Assembly to vote on his pension proposal before the regular session begins in January. However, there have been no dates announced for the special session. Bevin’s proposal has received nearly unanimous disapproval from past and present employees of state and local governments.

The most vocal opponents  have been Kentucky’s teachers, who are precluded from receiving Social Security benefits by an agreement dating back to 1938.

While it has been said the governor’s proposal has enough votes to pass the Senate, many doubt it would pass the House in its current form. One veteran legislator recently remarked that enthusiasm for pension reform has cooled as many rookie legislators—swept into office two years ago when the Republican Party won control of both the state house and governor’s mansion for the first time in nearly a century—realized the largest employers in many of their districts were local schools.

Both Sen. Tom Buford and Rep. Kim King oppose the governor’s proposal, as do the legislative representatives from Boyle County.

“There’s not been a whole lot of movement,” said Mercer Superintendent Dennis Davis at the board of education meeting last week.

What movement there is on pension is not coming from the state legislature.

The Teachers’ Retirement System has received applications from 120 members to retire on Nov. 1, a 64-percent jump over the year before, according to the Louisville Courier-Journal.

The Kentucky Retirement Systems reported 677 state and local government employees from across Kentucky applied to retire in November, a 23-percent increase over the year before.

That jump in retirements will be just a drop in the bucket if teachers choose to retire in order to lock in their current benefits.

Experts say one in five could apply to retire. It would leave school systems—which already have difficulty recruiting for some teaching positions, especially the sciences and advanced mathematics—scrambling to find replacements.

Mercer already has trouble finding enough substitute teachers as it is.

He said principals and other administrators stepped in.

“It’s a shortage across the state,” Davis said.

Even if the state government finds a solution to the pension crisis, it is still looking grim for local schools.

Davis told the school board last week that administrators have been warned of possible budget cuts in the next fiscal year.

That will make drafting the school budget in January like hitting a moving target from the back of speeding truck.