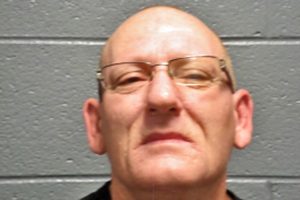 Robin Huffman has been indicted for a series of firearm thefts. 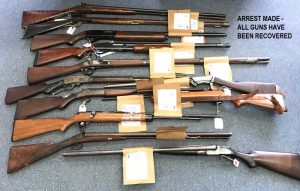 All the stolen weapons have been recovered, police say.

A Mercer County man has been indicted for stealing guns worth more than $18,000.

Robin S. Huffman, 54, of Harrodsburg, is being held at Boyle County Detention Center on a $30,000 bond.  Huffman has been charged with 1st-degree burglary and theft by unlawful taking $10,000.

Police say Huffman repeatedly burglarized a Harrodsburg residence while the owner was away for an extended period of time. Huffman stole 13 long guns—rifles and shotguns— some of them being antiques, including one civil war era pistol. The estimated value of the stolen weapons is $18,285.00.

All of the stolen guns have been recovered, police say.