The first of the three people charged in connection to Tristan Cole’s murder has been sentenced.

Zachary T. Lay, 19, of Harrodsburg, received a total of five years in prison on two counts of tampering with physical evidence. He is currently incarcerated in Boyle County Detention Center.

Lay and Meagan Sims were both arrested last year and charged with helping sell the firearm used to murder Tristan Cole, a 17-year-old student at Mercer County Senior High School. While out on bail, they were arrested again in April of this year and charged with trafficking in marijuana, 1st-degree trafficking in cocaine, endangering the welfare of their newborn child and possession of drug paraphernalia.

Lay’s plea agreement concludes his prosecution on both sets of charges. Sims returns to court on Tuesday, Nov. 14, at 9 a.m.

The accused murderer, Trenton Easterling, was still a minor when he was arrested. Easterling turned 18 while being held by the Department of Juvenile Justice and he  was transferred to Boyle County Detention Center in September. His trial has been scheduled to start on Feb. 19, 2018. 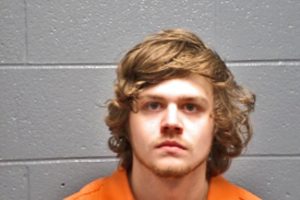 Zachary Lay has been sentenced to five years for evidence tampering in connection to the murder of Tristan Cole.

For more, check out this week’s issue of The Harrodsburg Herald.