The Mercer County Fiscal Court has decided to hire a contract lawyer to look into the interlocal agreement.

Mercer officials have been complaining for months that they are paying more than their fair share into Boyle County Detention Center (BCDC). Earlier this month, Boyle County Treasurer Mary Conley provided information showing Mercer paid a little over $108,000 more for jail operations during the 2016-17 fiscal year than they would have if they had been paying based on the county’s percentage of inmates from Mercer in  BCDC.

Under the interlocal agreement, Mercer can pay no more than 50-percent of jail costs and no less than 35-percent. However, Mercer’s inmate percentage for the 2016-17 fiscal year was 29-percent.

Judge-Executive Milward Dedman said the county’s percentage of inmates has been trending down since 2011.

Both Dedman and Mercer County Attorney Ted Dean want to do away with the floor and ceiling set by the interlocal agreement.

“We’re not asking for any favors, we just want to pay what our percentage is,” Dedman said.

However Magistrate Tim Darland asked what Mercer’s bargaining position is. The jail is located in—and owned by—Boyle County, and the Boyle County Fiscal Court has not seemed amenable to renegotiating the interlocal agreement.

In a special joint meeting of the two counties’ Fiscal Courts in July, Boyle Magistrate Phil Sammons said, “If you don’t like what you’re paying, take them somewhere else.” 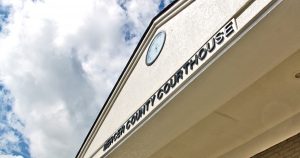 The Fiscal Court is hiring a lawyer to examine the Mercer County’s jail agreement with Boyle County.