Mercer County Sheriff Ernie Kelty and Representative Kim King testified on behalf of a law that would require pawnbrokers to record daily transactions on a database accessible to police.

“A lot of pawnshops already do it,” said Kelty, who testified before the Senate Interim Joint Committee on Licensing, Occupations and Administrative Regulations on Sept. 8 in Frankfort. “We think it needs to be consistent across the state.”

Rep. King introduced a similar measure, House Bill 23, during the last session. The bill passed the house 95-0 but the session ended before the state senate could consider the bill.

King said she has introduced the bill for at least five years. She credits the progress the proposed legislation has made this time to the change in leadership in the Kentucky General Assembly.

“They called us in so it can be considered during the spring,” she said.

If the bill becomes law, it would require brokers to record seller’s driver’s license numbers as well as the make, model, color, size, manufacturer, vintage, serial number and distinguishing marks or characteristics of all merchandise pawned or sold to be recorded. Pawnbrokers would also need to take pictures of items sold and post them on a police database.

There is also a provision requiring any item purchased to be held for 12 days before being resold.

Some jurisdictions already require a hold period, but it needs to be standardized across the state, Sheriff Kelty said.

“We’re asking that all pawnshops do the same thing,” he said. “If all pawnshops were uniform, we think it could be easier to locate stolen property.” 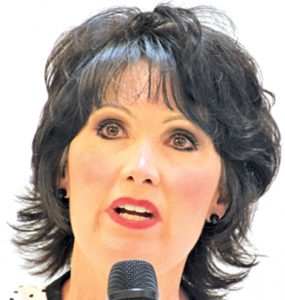 Legislation sponsored by Rep. Kim King would require pawnshops to record purchases on a database searchable by police.