Mercer County Judge-Executive Milward Dedman said he was “pleased” with this year’s audit of the Mercer County Fiscal Court financial statement. While the state auditor’s staff recommended the county make changes in the way it handles purchasing, payroll, receipts and reconciliations and how it spends Local Government Economic Assistance (LGEA) funds, they did not find overruns like last year, in which auditors found the county overspent the budget by nearly $140,000.

However, the auditors found the Court did not have an effective purchase order system, did not have adequate controls in place over payroll, did not implement adequate segregation of duties over receipts and reconciliations and did not expend LGEA funds in compliance with state requirements.

In an interview Tuesday morning, Dedman said the county had taken care of almost all of the state auditors’ recommendations.

He expressed frustration with the auditing process, noting that the report is from a year ago. It does not accurately reflect the county’s true financial position.

“We’ve already completed another fiscal year,” Dedman said. “It’s almost going to be two audits away before we can show we’ve made any corrections.”

The full audit can be found at auditor.ky.gov. 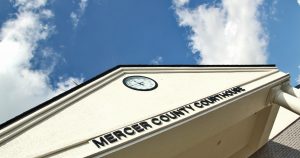