The Mercer Board of Education has agreed to give Superintendent Dennis Davis a raise they thought they’d already given him.

In May, they voted to give a one-percent across the board pay increase to the staff. The board thought Davis was included in that vote, but Finance Officer Amber Minor told them Davis could only receive a raise through an amendment made to his contract.

Davis earns $128,600. The board approved giving him a one percent increase which raises his salary to $136,956, said Minor, who noted there are other superintendents at smaller school districts who were not as qualified as Davis who were making more money than he was.

Due to the conflict of interest, Davis made no recommendation to the board on the issue.

Minor also gave the board an update on the district’s finances.

Minor said there was $4.2 million ending cash balance, over $3.9 million for last year. Revenues were up two percent while expenditures were down two percent, resulting in a four percent positive change. Altogether, the district had $1.8 million contingency.

“That’s much better than we anticipated originally,” Minor said, while stressing the need to budget realistically.

Minor said she is waiting for the tax calculation from the Kentucky Department of Education, which will show the district what the tax rate for 2018 will look like.

The board will hold a public tax hearing at their next meeting in August. 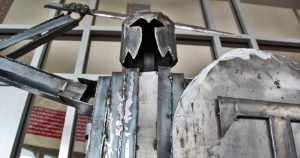 The Mercer County Board of Education has approved a one-percent raise for Superintendent Dennis Davis.

The next meeting of the Mercer County Board of Education will be Thursday, Aug. 17, at 5:30 p.m. at the Evan Harlow Learning Center (510 Perryville St.).