All four were sent for outside medical treatment, according to Mendalyn Cochran, deputy warden and public information officer at Northpoint. Cochran said three inmates were returned to the medium security prison located outside Burgin within five to eight hours. The fourth inmate was admitted and returned to the prison on Sunday, July 23.

The inmates are believed to have overdosed on “spice”—a synthetic marijuana compound whose side effects include convulsions, kidney injury, toxicity to the heart, strokes and anxiety—which a Northpoint guard had smuggled into the prison by concealing it in his boot.

Rahjon Roberto Neal, 26, of Stanford, who has been a correctional officer at Northpoint since November 2015, has been charged with 1st-degree promoting contraband.

According to the arrest citation, Neal admitted to acquiring the drug from an inmate’s girlfriend.

This is not the first time a guard has been arrested for smuggling drugs into Northpoint, which was built in 1983.

In 2010, Corrections Officer Jesus Cabrera was charged with bringing Valium tablets into the medium security facility. According to the Lexington Herald-Leader, Cabrera pleaded guilty to 1st-degree promoting contraband and received a one year suspended sentence.

“The Department takes contraband  in our prisons extremely serious,”   Cochran said. “The introduction of contraband into correctional facilities is a nationwide issue and the Kentucky Department of Corrections has a zero tolerance approach. We seek criminal prosecution for any violations.”

Rahjon Neal is being held at Boyle County Detention Center on a $10,000 cash bond. 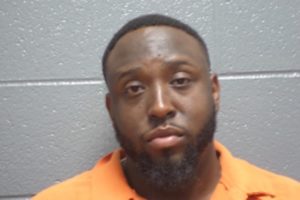 Rahjon Neal, a guard at Northpoint Training Center outside Burgin, has been charged with smuggling synthetic marijuana into the prison.