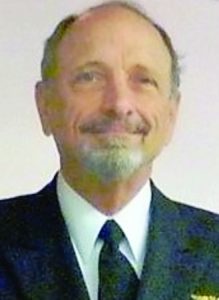 He was born in Norfolk, Va., at the Naval Hospital, to W. Allen and Maxine C. Green, who preceded him in death.

Following graduation in 1970, from Atlantic Christian College, Wilson, NC, Terry enlisted in the U.S. Navy and enjoyed an illustrious career as a Naval pilot, retiring August of 1991.

Following retirement from the Navy, he worked with Larry Burkett’s Christian Financial Concepts Ministry. In 1997 he returned to Harrodsburg, to the McGee House (1855), a National Register of Historic Places home, which he had owned since 1981. Terry lived in the McGee House for the last 24 years of his life.

It was in Harrodsburg he began his second career as a locksmith establishing Green Integrity Services Locksmithing and Security Services, and began serving his community. Up until two months prior to his untimely death, Terry strived diligently to continue operating Green Integrity long distance from North Carolina.

TA was a faithful member and Elder of New Providence Presbyterian Church for 18 years, where he taught Sunday school and Bible study. He was an active member of Harrodsburg Rotary Club and Cofounder of Central Kentucky Christian School and board member from 1983 on. Terry was a leader of a Harrodsburg Men’s Interdenominational Bible study. He acted in several plays at the Ragged Edge Community Theater and Old Fort Harrod outdoor theater and drama production.

Always a student of life and of the knowledge of God, at the time of his death, Terry was completing an advanced degree in apologetics from Biola University.

TA cared deeply about his country, demonstrated by his military service as well as a lifelong interest in politics national and local, culminating in a bid for state office and serving as a constable for Mercer County. His family will tell you that he gave a champion hug, and are all grateful that he is now in the embrace of our Savior.