The Harrodsburg Board of Commissioners is considering closing the East Broadway Street railroad crossing.

A Norfolk Southern representative went before the commissioners Monday to night to discuss permanently closing the crossing, which has been out of commission since February. It’s estimated the crossing was used around 500 times a month before being shut down.

Norfolk Southern representative Amy Wickliffe cited safety concerns as the reasons the railroad wanted to close the crossing. Wickliffe said there was a limited sight line at the intersection. She said the last accident occurred there in 2014.

“Safety is our number one concern,” Wickliffe said.

In addition to providing a financial incentive to the city for closing the crossing, she told the commission Norfolk Southern would install another crossing if the city asked.

“We’re not going to tell you no,” Wickliffe said.

Mayor Eddie Long noted that was not the same thing as saying ‘yes’ and asked for clarification. 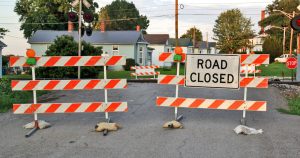