One man is in the hospital and another is in jail after a violent altercation early Sunday morning.

A little after 4 a.m. on Sunday, June 25, a man was stabbed in a home on Louisville Road in McAfee.

Ronald C. Puckett, 55, of Salvisa, is charged with stabbing the victim multiple times after an argument, according to Capt. Scott Elder of the Mercer County Sheriff’s Office. Elder declined to provide further details because of the ongoing investigation. 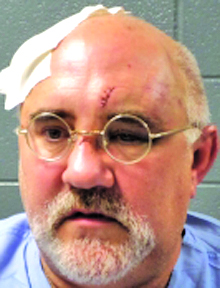