Yeast, who has served as assistant principal at MCSHS since 2008, will take over for the former principal, Malissa Hutchins. Hutchins resigned to take the principal position at Washington County. Her final day is June 30.

Yeast will serve until a permanent replacement has been found, said Superintendent Dennis Davis. The new principal will be chosen by a six-member committee made up of Davis and five members of the site-based decision making committee.

“We are hoping to have a permanent principal named by the middle of July,” Davis said.

Yeast is a 1988 graduated of Harrodsburg High School. He graduated Morehead State University in 1992 with a bachelor’s degree in radio/television. He has a masters in instructional leadership and director of pupil personnel.

He said his focus will be on getting the school ready to open in August.

“The rest of the administrative team will be working with me to make the transition smooth for the future principal,” Yeast said. “This will be a busy summer finalizing the staff and the scheduling process for the upcoming year.”

Since taking over as head coach of the track and field team, Yeast has led the Titans to two consecutive state championships.

He has also been selected twice to officiate at the U.S.A. Track and Field Olympic Trials.

Yeast said he is excited about the weeks ahead.

“We have been meeting to make 2017-2018 the best school year yet for our students and staff. I appreciate Mr. Davis for trusting me with the tasks. We have great kids here and we want to continue improving the future opportunities they deserve,” he said. 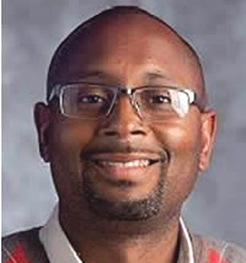