The Mercer Board of Education approved a pay increase for school administrators.

Last month, when the Board approved a $19-million tentative budget for the 2017–18 school year, they postponed adjusting the extra duty stipends collected by the administrative staff. There has not been an increase in those stipends since 2005, district officials say.

Chairwoman Marianne Davis promised the Board would look into the issue again in August. However, it didn’t take that long.

The stipend increase was made possible by a seven-percent increase in revenues since April, said Finance Officer Amber Minor. Without any additional expenses and with no other changes in revenue, the school has a 6.3-percent contingency.

“It’s much better than we anticipated,” Minor told the board.

With the change in the district’s fortunes, the board elected to address the stipends. However, they chose to go by percentages of the administrators’ salaries. Superintendent Dennis Davis said Mercer was one of the few school districts who did not base stipends on percentages up until now.

For instance, the principal at Mercer County Senior High School has received a $13,600 stipend for the past 12 years. The new stipend is 30-percent of their base salary, Minor said. 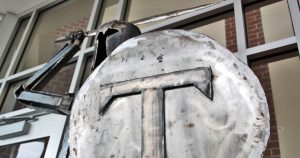 Thanks to a changing financial picture, the Mercer County Board of Education has been able to move forward with an increase in the stipends paid to school administrators.