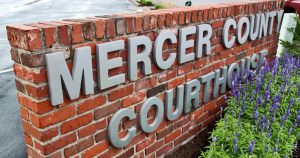 The Mercer County Fiscal Court has approved an $11-million budget.

The Mercer County Fiscal Court gave first reading to their $11-million budget for the 2017–18 fiscal year, but not before hearing from local agencies asking for their allocations to be reconsidered.

Vance Smith, vice-president of the board of directors of the Wilderness Trace YMCA, asked the magistrates for more money. During a budget working session, the Fiscal Court had cut the YMCA’s appropriation because the organization had not provided them with any information.

Smith said the association’s previous executive officer had not been fulfilling their duties. He said the United Way had cut the YMCA’s funding from $75,000 to $25,000.

“We’re in a transition period and we’re desperate for funding,” said Smith, who said the YMCA hopes to have their wellness center open to the public by August.

Tracy Mundy, the new executive director of Mercer Transformation, the nonprofit organization that hopes to reopen the former Harrodsburg High School building as a service center, asked for $50,000.

“It’s a huge facility and we need some money to get it up and running,” Mundy said. She said the investment would repay the community for years to come.

The magistrates asked about the ownership of the old high school. They had previously declined to give money to Mercer Transformation because the building is privately owned by Keith Currens.

Mundy said the nonprofit had a lease with Currens with the ultimate intention to purchase the school.

However, the Fiscal Court declined to make any more of a contribution to Mercer Transformation than was already in the budget.

“We’re not in a position to make a commitment,” said Judge Executive Milward Dedman.

The Fiscal Court voted to pass the budget with no changes except the increased donation to the YMCA.