In other traffic news, the Harrodsburg Board of Commissioners also tabled ordinance 2017-06, which would have banned tractor-trailer traffic on Moberly Road, until the ordinance is amended so that the ban will be in effect only during the school year.

The commission has also given first readings to ordinance 2017-07, which would make parking on the west side of Marimon Avenue illegal, and ordinance 2017-08, which would make parking on Main Street from Price Avenue to Ewing Avenue illegal. The commission invites public comment on both ordinances at their next meeting on Monday, May 8, at 7 p.m. at the city hall.

Also, the commission is holding a budget working session on Monday, May 1, at 6 p.m.  They will be working on the donation portion of the budget. 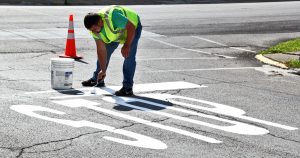