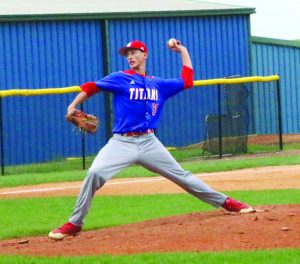 After a subpar week for Coach Adam Shartzer and his Titan baseball team, they picked up a much-needed win on Friday, April 21. Although the Titans lost to district rival East Jessamine, they played well and held off one of the hottest teams in the region in Somerset.

Coming off a shutout against Burgin, a slow start to the game doomed the Titans as their comeback attempt fell short.

The Jaguars of East Jessamine (5-10) poured it on early, defeating the Titans 10-7 in one of the biggest games of the season for both teams on Thursday, April 20.

Sophomore southpaw Josh Barnett struggled to get in any sort of rhythm, getting roughed up for 10 runs on four hits, two walks and two strikeouts in one and two-thirds innings.

Somerset (11-6) entered the day as one of the hottest teams in the region, but the Titans took care of business against the Briar Jumpers on Friday, April 21, winning 6-4.

Junior Hunter Kelly earned the win for the Titans pitching three innings, giving up two runs on five hits, no walks and one strikeout.

Mercer had nine hits in the game compared to Somerset’s 11, but the Titans had the biggest hits when they mattered.