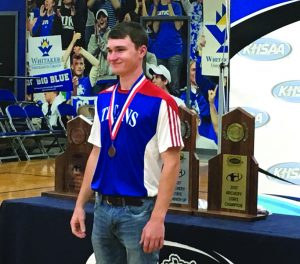 It has been a great season for the Mercer archery team, and they will try to continue their success at the National Archery in the Schools Program (NASP) National Tournament, which will be held May 11-13, at the Kentucky Expo Center in Louisville.

All Mercer archery teams which include the elementary, middle and high schools, will be competing for the NASP Bullseye and NASP/IBO 3D.

“I am very proud of the time and effort Isaac put in for this tournament,” said Miller. “He represents what Mercer Athletics is all about. His guts and determination is what separates him from others.”

Miller added that the level of competition was so high, only three points separated first and fifth place. Isaac, along with the rest of Mercer’s archery program, will be setting their sights on national status in early May.