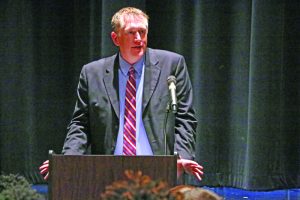 Kurt Young announced today, March 31, that he will be stepping down as Mercer’s head basketball coach. Young accepted an offer to become the head coach at Frederick Douglass High School, the latest school in the Fayette County Public School system (FCPS), which is scheduled to open in mid-August of this year. Young leaves Mercer with an overall record of 25-8 and a 14-4 region record. His last game with the Titans came in the 12th region championship game loss against Pulaski County on Tuesday, March 7. Young will lead Frederick Douglass in its’ inaugural season after the FCPS decided to find a solution for the overcrowding problem at Bryan Station and Henry Clay High School, according to the Lexington Herald-Leader.