“What we’re doing is not working,” said Terry Dunne.

Dunne,  a concerned citizen of Mercer County, went before the fiscal court to talk about the Boyle County Detention Center (BCDC). Mercer County spends 15.98-percent of its budget on jail expenses, said Treasurer Sandy Sanders, who noted the figure included the budget for Jailer Bret “Chambo” Chamberlain and his staff.

Dunne took issue with the new budget for BCDC, which had been presented to the fiscal court Tuesday morning by Boyle County Jailer Barry Harmon. Dunne said the $4.9 million budget did not forecast an increase in the jail population or in the jail’s capacity. Yet Mercer’s contribution will be $784,194, versus $712,029 for the year before. Boyle’s share is $1,456,192 versus $1,322,340 for the year before.

“We’ve got an escalating cost that’s continuing to go up,” Dunne said. 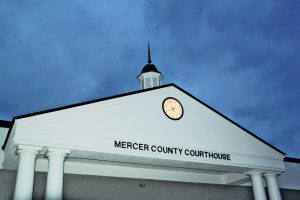 County officials are struggling with issues at the Boyle County Detention Center, including escalating costs, overcrowding and loss of medical services.