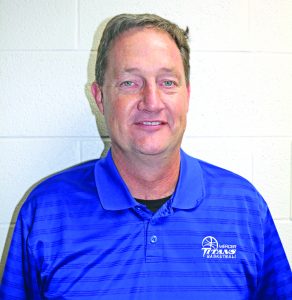 After completing a dream season, capped off with a state championship, the awards for the Lady Titan basketball team keep rolling in. Coach Chris Souder was named KHSAA Coach of the Year and his players received high honors as well.

“It is a nice honor but it is accepted more as a program honor,” said Souder. “Individual awards are not possible without everyone involved in your program so I consider it a total team effort.”

The Lady Titans finished the season with a record of 31-6 and have six commitments on their team. Five for basketball, and one for softball.

Robins is a University of Louisville commit. Emmy Souder is an NKU commit. Faith Lake, Lexy Lake and Emma Davis are committed to South East Missouri, and Lyric Houston is committed to Lindsey Wilson to play softball.

The Lady Titans can accomplish something that most programs aren’t used to seeing, especially at the high school level. Next season, the Lady Titans are on pace to have five 1,000-point scorers on their team.

After losing three seniors (Alie Burke, Jennifer Merchant and Lyric Houston), the Lady Titans will look to their five senior-leaders in the 2017-2018 season to lead the team back to the state tournament and win back-to-back state championships. That is a very daunting task, but with the time these young ladies put in the offseason and wanting to become better basketball players, this team certainly has a chance to accomplish that.