The Harrodsburg Board of Commissioners are restricting semi traffic around the schools.

With all the traffic around the schools, including student drivers and parents ferrying students, the roads were too busy for tractor-trailers, Kelty said.

“It can be a little stressful out there in the morning,” the sheriff said. “It’s really tight in there where you put all that traffic in there.”

Just that morning, there had been an incident in which a student driver pulled out in front of a semi, Kelty said. Fortunately no one was hurt, he said.

Mayor Eddie Long asked the city attorney to write up an ordinance and for the public works department to make up a sign restricting semi traffic on Moberly Road from the Industrial/Tapp Road intersection to the U.S. 127 Bypass.

To learn what else happened at the City Commission meeting, check out this week’s issue of The Harrodsburg Herald. 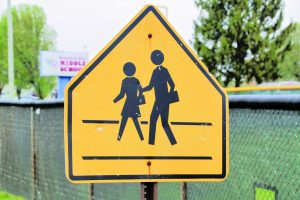 Harrodsburg officials are moving to restrict semi traffic in school zones during the morning and afternoon.