The City of Burgin has again been found to be in violation of state law concerning open records requests.

According to a March 22 ruling from the office of Kentucky Attorney General Andy Beshear, the city failed to issue a timely response to a request for records from former Police Chief James Caldwell or explain the cause for delay and give a date by which records would be available. This makes the third time the city has been found to be in violation of state law since February.

The ruling pertains to requests for information made by Caldwell on January 31. The city was found in violation of the Open Records  Act, their responses were “both procedurally and substantively deficient” the attorney general ruled. 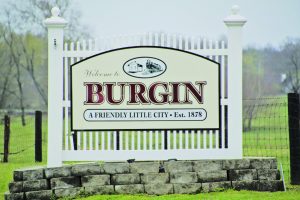 Burgin Mayor George Hensley stressed the city had been found guilty of a “procedural violation” but was not guilty of hiding anything. “We did not refuse at any time to give them the documents,” Hensley said.