Last year, representatives from the Kentucky Organ Donor Affiliates (KODA) set up a table at the James B. Haggin Memorial Hospital to sign up employees to  be organ donors.

One employee—a nurse, no less—said she was worried if she signed her organ donation card doctors wouldn’t do their best to save her life.

Royalty received a heart transplant last year. He nearly died before they found his perfect match.

“They didn’t think I would make it,” he said. But the doctors—as well as Royalty’s family—never gave up on him. 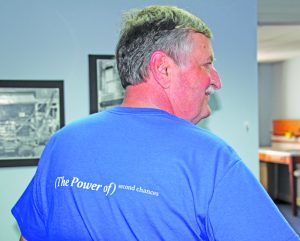 Jerry Royalty shows off his T-shirt, which reads “the power of second chances.” If anyone should know, it’s Royalty, who received a heart transplant last year. 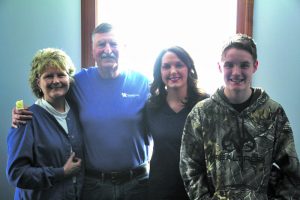 Susan Royalty, Jerry Royalty, Christi Royalty and Elijah Bottoms are happy Jerry has a second chance thanks to a stranger’s gift of life.