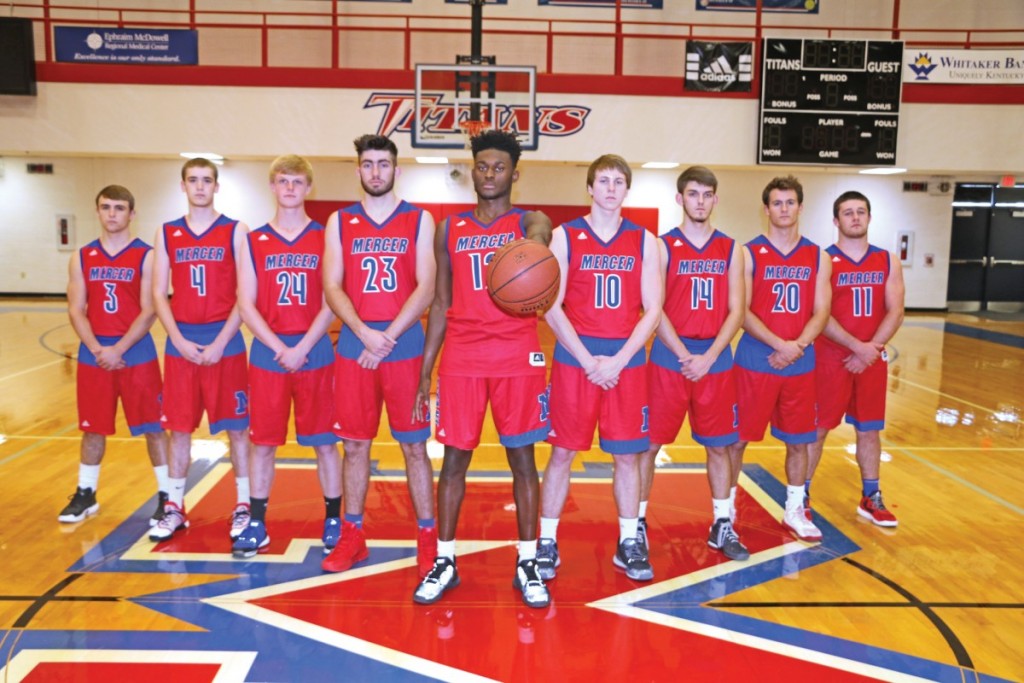 Last season was a year to remember for the Mercer County Titans basketball team, as they went 33-2, won the 12th Region Tournament and advanced to the KHSAA State Tournament at Rupp Arena for the first time since the merger of Harrodsburg High School and Mercer County High School in 2006.

Despite the departure of Head Coach Josh Cook and the loss of seven players, the Titans still have the same goals in mind.

We sat down with Head Coach Kurt Young to discuss the upcoming season:

Young arrived at Mercer County after the school year had already started when Cook left for George Rogers Clark in August. Prior to becoming the coach of the Titans, Young had been at Hopewell High School in Virginia, where he led the team to a state runner-up finish.

Once Cook left, Mercer County was a place that Young knew he wanted to be.

“There were several reasons I wanted to come here. The success that the program had, the facilities, the area. My wife and I were looking to get close to home and the more that we researched it, having the opportunity to meet with the interview committee, having the chance to sit down with them and seeing the vision they have of not just the program but the school and the community is really what sold us. We were happy where we were at, but this was too good of an opporunity to turn down and these opportunities don’t come along often.”

While the Titans lost the majority of their offense last year, they do return leading scorer Trevon Faulkner.

As a sophomore Faulkner averaged a team high 18.6 pointers per game to go along with 5.9 rebounds. He will be expected to lead the team again in 2016-17.

Faulkner has already been recruited by multiple Division-1 schools, and is considered by many as the No. 1 player in the state of Kentucky in the Class of 2018.

“He brings a lot to our team. The one thing I heard the whole time is that he is such a good kid, he is going to work hard and do all of those things. As good as he is, I don’t think he even realizes his potential. There is no doubt that he has some room to grow and I think that is a great thing. Our goal for Trevon is for him to be one of the best players in the nation, not just the state of Kentucky.”

The starting quarterback for the Mercer County football team will also be expected to play a big part in the success of the basketball team.

Gillis, who transferred to Mercer County from Anderson County over the summer, averaged 8.3 points and 7.5 rebounds for the Bearcats last season.

“He is a warrior. He plays hard. We heard that he did some good things, but I had no idea how hard he played. We are extremely excited to have him. I think he is going to be a guy that people enjoy watching play, because he really does compete until exhaustion every single time he is out there.”

Pick up a copy of The Harrodsburg Herald or subscribe to our online edition for the rest of the Mercer County Titans Preview.