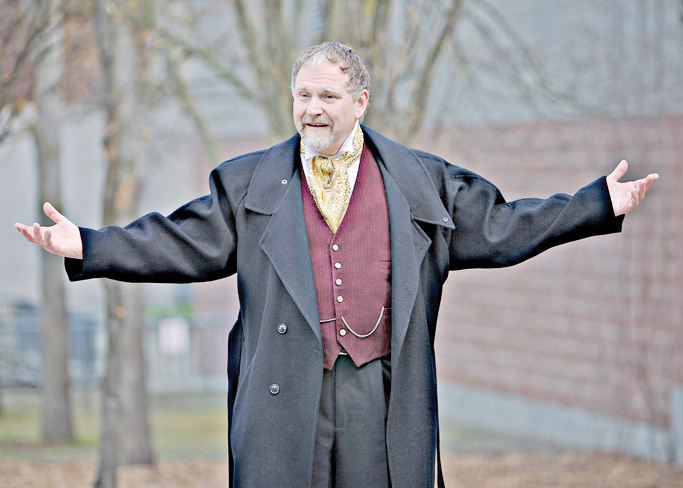 Allan Barlow is reprising the role of Ebenezer Scrooge for his sixth performance of A Christmas Carol at Ragged Edge Community Theatre.

Ebenezer Scrooge is returning to Harrodsburg.  For his sixth season at Ragged Edge Community Theatre, Allan Barlow will be  bringing back his one-man show of “A Christmas Carol.” This season will also mark his 14th year playing the role.

“I haven’t used a script in years, but now that I think about it I should stop and run through it before Friday,” Barlow said. “But I’m not up there long before I get picked up and carried along with the story. It’s almost like I’m watching it myself,” he said.

But Barlow still has the original script he wrote 14 years ago in his office to refresh his memory if need be.

“This is probably my favorite thing that I’ve ever done. It is certainly the thing I get the most satisfaction from,” he said.

Barlow has recently overhauled the costume so patrons can expect a new wardrobe for Scrooge. He said they will also be making some tweaks to lighting and sound cues. “The production might be a little more elaborate,” he said.