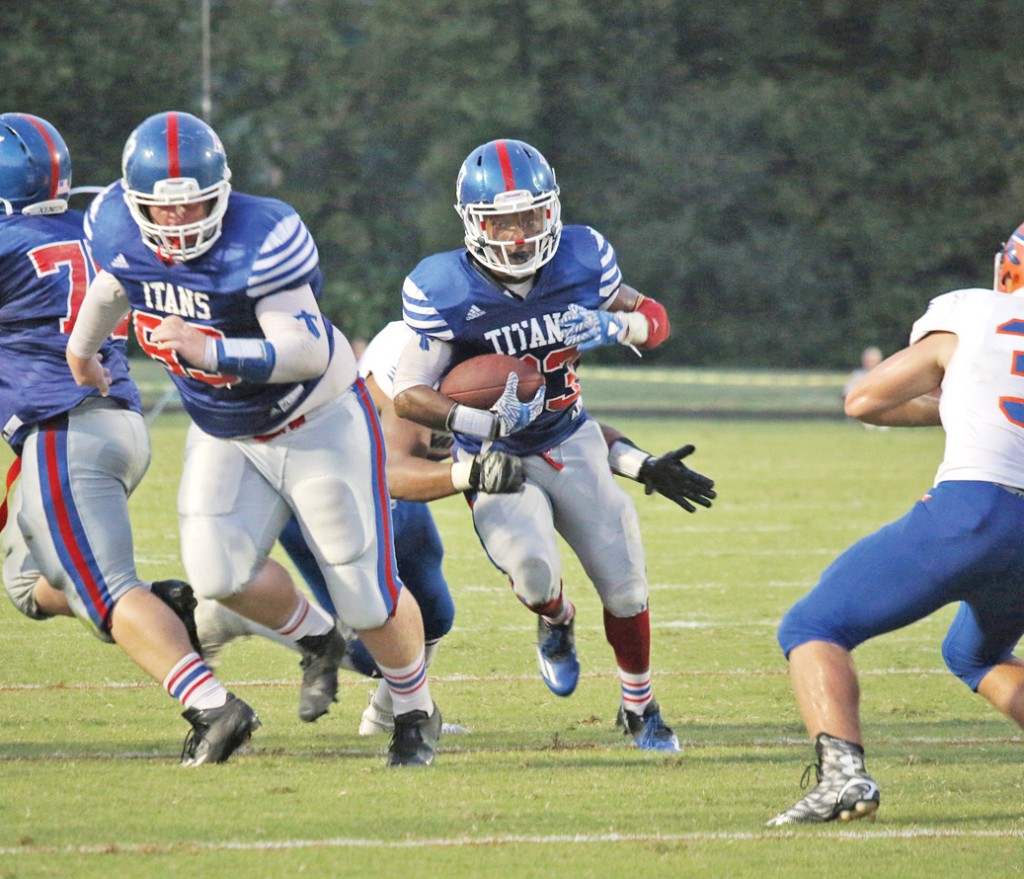 Donald ‘D’ Smith leads Mercer County on the ground with 629 yards and 11 touchdowns in nine games.

After defeating Knox Central in the opening round of the playoffs Friday night, the Mercer County Titans have set themselves up for the chance to knock off the Rockcastle County Rockets. The Titans travel to Mt. Vernon Friday night, as they attempt to knock off one of the Class AAAA favorites.

Rockcastle County, who comes into the game with a  10-1 record, defeated West Jessamine 54-7 in the opening round Friday night. Their only loss of the season came on Sept. 16, as they fell to Pulaski County 32-13.

The Titans defeated Knox Central 21-3 and downed West Jessamine 35-21. Mercer fell 47-23 to Wayne County, which was their biggest loss of the season.

The Rockets have been one of the top rushing teams in the state, as they’ve racked up 2,750 yards on the ground. They are led by senior Chayse McClure who has 841 rushing yards and 11 touchdowns in 10 games. Holden Barnett and Devon Robinson have rushed for 699 and 479 yards, respectively, and have combined for 19 touchdowns.

McClure also leads the Rockets in passing, as he has 537 yards and nine touchdowns.

Mercer County has rushed for 2,142 yards and thrown for 1,616 yards this season.

Donald ‘D’ Smith leads Mercer County on the ground with 629 yards and 11 touchdowns in nine games. Dustin Baker and Grayson Blevins have rushed for 494 yards and 493 yards, respectively.

Junior quarterback Gunnar Gillis has thrown for 1,604 yards and 15 touchdowns.

“They’ve got a great team. This is the season they’ve been pointing to for a long time. If we are going to do what we want to do, which is win a State Championship, we are going to have to beat some good teams on a tough night. So, it is time to suck it up and go do it. Is it going to be difficult? Yes, it is. We aren’t going to win a State Championship unless we can do those things,” said Mercer County Head Coach David Buchanan. “It’s time to go fight it out and see what we’ve got. It’s a big challenge. Rockcastle has done a great job for a long time, but I can’t wait to get to the Rock, it will be a fun night.”