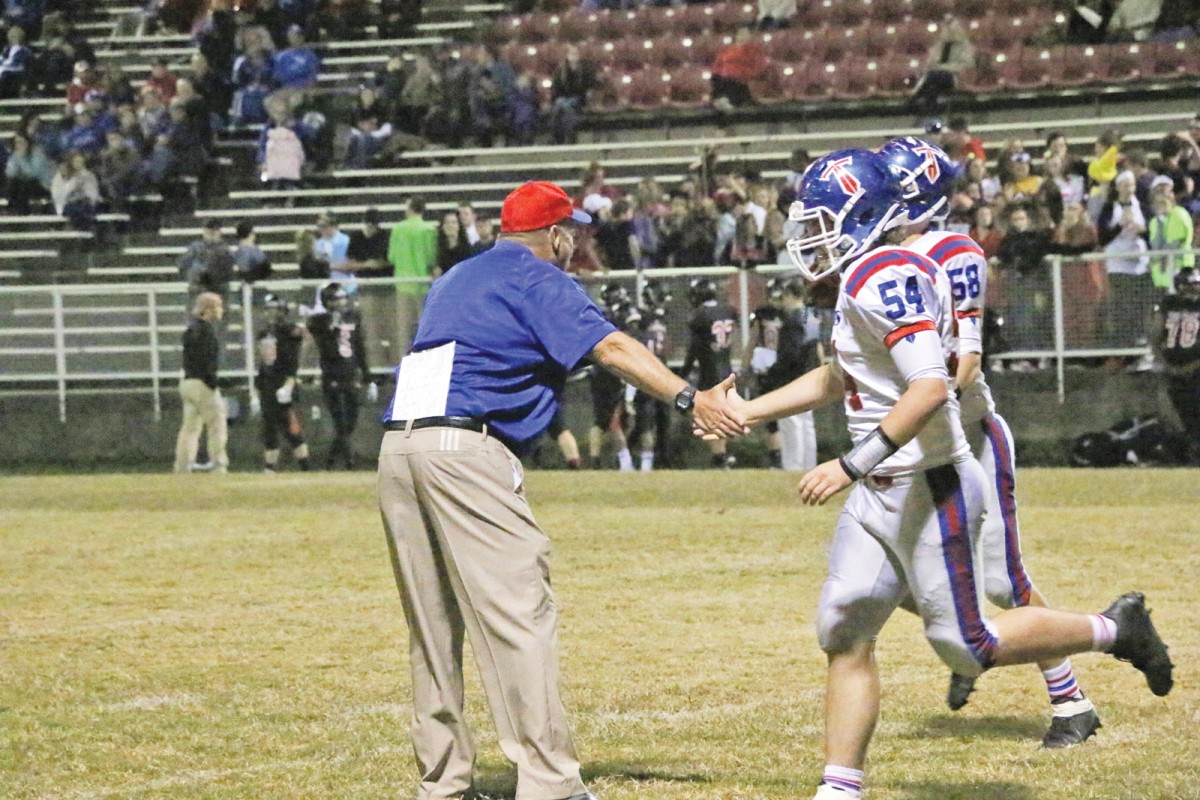 The Mercer County football team used a 36-point first half to lead them to a 43-0 victory over the George Rogers Clark Cardinals Friday evening.

Although it was complete domination from beginning to end, one play in particular stood out to Mercer County Head Coach David Buchanan.

With the Titans leading 14-0 early in the second quarter, GRC was driving down the field and seemed destined to cut the lead in half, but an interception, which was returned 28-yards by Grayson Blevins changed the tone of the game.