Charles and Maria Borell have no claim on the 42  horses found abandoned in June, a judge ruled today.

The horses, which were found in a rented Mercer County farm back in June, now have permanent homes. The question of paying for the upkeep of the horse has yet to be decided.

The Borells were sued by the Kentucky Department of Agriculture (KDA) and the Mercer County Fiscal Court in September. The plaintiffs asked Mercer Circuit Court Judge Darren W. Peckler to rule that the Fiscal Court owns the horses and may sell, donate, or otherwise transfer ownership of the horses.

Judge Peckler ruled Charles Borell relinquished ownership in the horses as part of entering an Alford plea of guilty to nine counts of second-degree animal cruelty on Sept. 29. Borell’s daughter Maria—who fled Kentucky rather than face the charges against her—has not asserted a claim to the horses.

“This will let people know this is what happens in Mercer County if we find out there are animals—not just horses—being abused or neglected,” said Sheriff Kelty. “We will hold them accountable.”

“That was our number one priority,” Kelty said, “We had to make sure those horses ended up in homes where they would be taken care of.”

One of the horses was euthanized in early October due to a neurological ailment.

The suit also asked the court to order the Borells to pay costs incurred by Fiscal Court and numerous businesses and individuals who have contributed to the upkeep of the horses since they were declared  abandoned, as well as interest, attorneys’ fees, and other costs of the litigation. Today’s ruling does not resolve those claims.

“I think the Borells should be liable,” Kelty said, not just to the Fiscal Court and the other organizations but to the locals who donated their time, labor, money and supplies to care for the horses.

KDA officials estimate more than $20,000 has been spent on temporary care for the horses. The  Thoroughbred Charities of America 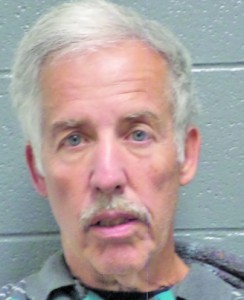