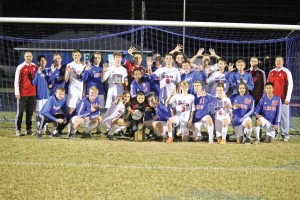 “These guys, year in and year out, they work hard. We’ve had good leaders on the team every year, so it just builds on that,” said Mercer County Head Coach Garrett Stark. “Like I told the younger guys tonight, they’ve got a lot of work to keep that history up next year.”

Senior Garrett Dean started and ended the scoring for the Titans, netting his first goal less than two minutes into the game off an assist from Brandon Ballard.

“Both times we played them in the regular season, we gave up goals in the first two minutes, so we were trying to focus on the first ten minutes tonight. If we could get through the first ten, then we’d see what would happen,” said West Jessamine Head Coach Brock Sutherland.

Despite the early success, Mercer County couldn’t find the back of the net for the remaining 38 minutes of the opening half. 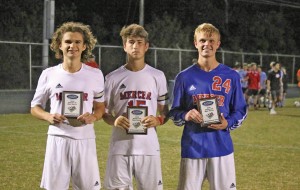