After falling to East Jessamine by just three points a week prior, there was a big question mark over how the Titans would respond in their game against West Jessamine Friday night. They proved they’d moved past the disappointing loss as they defeated the Colts 35-21, behind seven forced turnovers.

Mercer County picked the ball off six times in the win, and also recovered a fumble.

Although it was the Titans who won the game, it was the Colts’ Marcus Jones who scored the first touchdown Friday night. Jones scored on a short run just as the first quarter was coming to an end, and gave the Colts a 7-0 lead after one.

Pick up a copy of this week’s Harrodsburg Herald or subscribe to our online edition for the rest of the story. 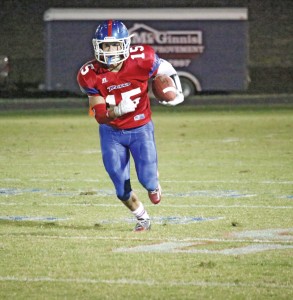